I tried working with redscaled film for the first time in the fall of 2008 and tried it again in July 2009. And I wasn't at all crazy with the results. Case in point, the almost purple image to the left. blech. The results from July were so unfortunate, in fact, I ended up converting the images to gray scale before adding them to the redscale set. Part of the problem had to do with using a fixed focus camera like the ultronic panoramic--the film wasn't being exposed for long enough. I had happier results using an slr as this allowed me to fiddle with the shutter speed, iso setting and aperture settings. (see flower image below.) 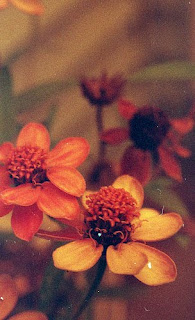 Having noticed lately a lot of people getting great results with redscale I tried it again this weekend. It had been so long since I last tried it, I had to consult again this most excellent online how-to. (As an aside: I can't believe people would pay money for redscale film when it's a really simple diy modification. . .maybe shelling out 14-16+ bucks for a three-pack guarantees better results?)

I also took a look at flickr discussion on redscale and decided to shoot 400 speed film at 50--see what that would do. I was much happier with the results. I was finally able to get the golds and oranges I was hoping to get the first time around. By the by, here is a link to another most excellent visual/verbal resource for redscale. 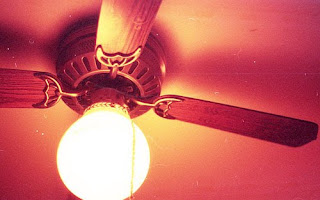 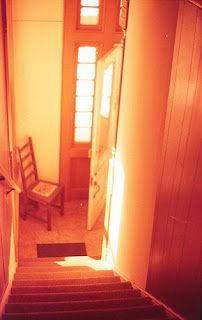 Posted by remediate this at 9:59 AM