i wish that i liked doing ttv work more than i do. . .part of the problem is, well, that i suck at it. so it's not always fun to do. and i've tried to build the contraptions i've seen other people make for this and while i greatly appreciate the great work others are doing with ttv's, well, i'm thinking this might not be for me. my cropped ttv's (i.e., see glasses image below) are more often than not deeply flawed (and not in interesting ways). In part, i'm guessing this is because i haven't successfully built a tube-like contraption of my own. rather, light leaks in, i get odd reflections, etc. I do like to do ttv images, however, when the viewfinder and/or camera itself are featured as part of (and not the whole of) the composition, like the first image featured here where you see the phone twice--on the end-table and in the viewfinder (see also the images after the cropped glasses image below). i like, in other words, to feature the full viewfinder frame if not also the actual camera that i'm using. 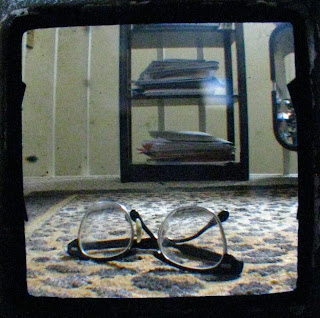 sooo. . .stuck inside with what i suspect is strep throat (boo!) provided me with opportunities to play around with more "through the viewfinder" images today. and to be honest, i think part of my (renewed) interest in ttv's has to do with having recently respooled 120 film onto 620 spools and knowing that the cameras that i had written off as being "just for ttv work" no longer need to be limited in this way. that said, neither of the cameras i worked with today had been written off in this way. i have two ensign ful-vues and after working a bit with one of them, i decided to take the other one apart and give it a good cleaning. once that was done, i figured i should use it a bit. later in the day, i got out the brownie reflex 20 and did a few ttv's with that.

again, while i love what others have been able to do with this technique, it's not something i'm likely to continue doing on a routine basis. then again, that said, perhaps i will find myself spending the next couple weeks trying to build the perfect ttv contraption. after all, when the ttv's are good, they can be very, very good! 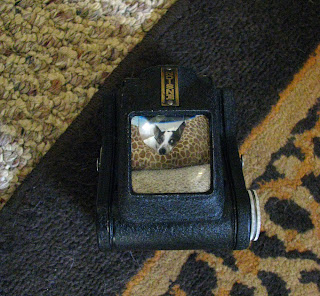 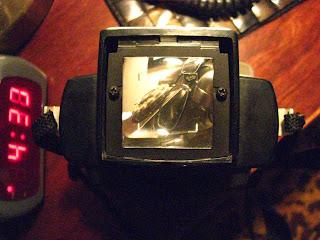 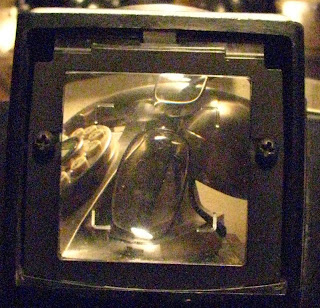 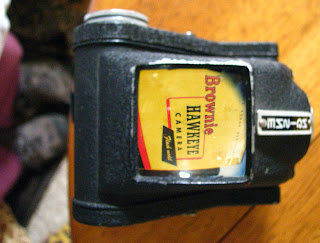 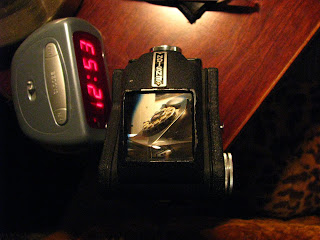 Posted by remediate this at 5:35 PM